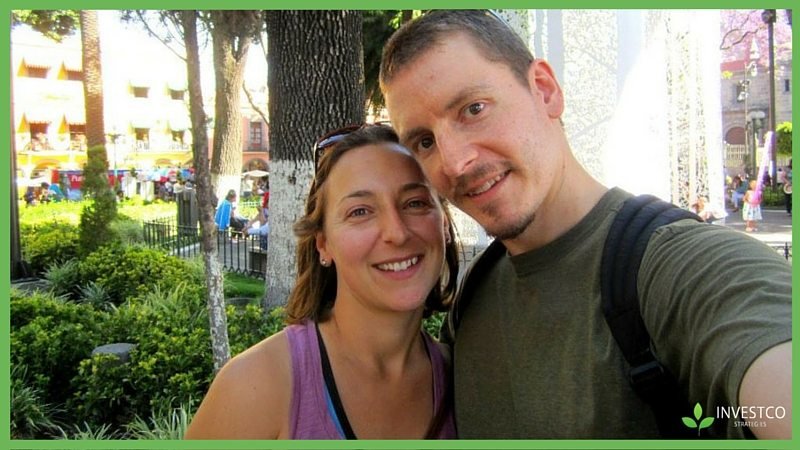 It is an ambition only few can make a reality: quitting your job, seeing the world and coming home retired, free from the working world – all while you’re still young.

That, however, was accomplished by a Canadian couple that had relocated to San Francisco back in 2008.

They returned to the US without dreading the first day back at the office, since that day would never come.

Read more to find out how they made it all possible.

Travis and Amanda were never big spenders, and this was partly caused by the lifestyle they experienced growing up.

It was in 2012 when Travis got laid off and took some time before landing his next job.

At that point, a good $350,000 in savings had already provided them with a safety net.

Travis, however, started to enjoy unemployed life, and that was when they decided to use Mint, a free budgeting website, to learn what they could do with both their savings and the money they were making in the long run.

The numbers and calculations led to an attractive retirement plan: to get their funds to a million, then limit their yearly living expenses to 4% of their portfolio.

It certainly helped that their combined earnings were least $200,000 during those years, so things were lining up nicely.

Apart from that, they took steps to avoid costly taxes and other fees.

One way was using what is known as a Roth IRA conversion ladder, which involved transferring money between their traditional and Roth Individual Retirement Accounts each year.

This allowed them to evade the 10% penalty on IRA withdrawals made before the age of 59½. 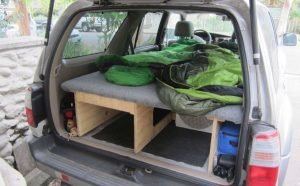 It was going to be the adventure of a lifetime – quitting work and getting on a multi-leg journey to Costa Rica.

Did the two rely on their finances for airfare?

Not at all, since they traveled by land the whole way.

They lived about a third of all days on the road without staying at inns or motels, since they didn’t have to.

Travis was able to revamp the Toyota 4Runner, a 15-year old SUV that he and Amanda had bought for $7,500, with a new radiator, new tires and shocks and springs.

He also outfitted the car with a sleeping platform, a fridge and a battery system for charging devices.

On nights that weren’t spent in the vehicle, they were nicely settled in modest Airbnb homes, which enabled them to practice their Spanish and interact with locals.

During a relatively short period from 2012 to 2015, the couple was able to amass the additional 650k needed for the $1M goal.

Laundry was dried outside the house instead of going in the dryer.

Bikes were ridden to work in place of cars.

Travis and Amanda ended up saving about 65% of their total income, as a result. 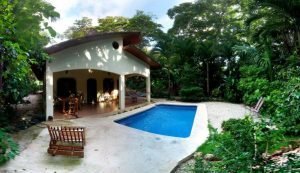 They stayed in modest air BnBs

As for the trip, upon reaching their last stop, the couple did select comfortable accommodation: a two-bedroom home for $1,000 a month over a five-month lease.

Nevertheless, they kept all other expenses on a tight monthly budget.

Most of their time was spent cooking their own meals, watching howler monkeys on trees, reading, cycling, surfing and exploring the sites.

High-cost tour packages were never on the agenda.

Continuing to plan ahead

Back from their vacation, the couple has embraced early retirement life in Asheville, North Carolina, where they purchased their house for over $250,000.

Residents get a picturesque view of the Blue Ridge Mountains every day.

Confident they can easily have the place rented out during summers (when they intend to travel some more), the couple feels they chose a perfect home.

They are also preparing to set the basement up for Airbnb lodging to earn extra income.

The one thing they don’t plan, though, is working again anytime soon.

Putting it simply, Travis says, “It’s a chore for me.”